Anarchy magazine will be edited and published by a new collective, including the magazine’s original founder & publisher of issues #1 through #58, Jason McQuinn.

Following dissolution of the interim collective responsible for publishing issues #59 through #77, the new collective will resume publication with issue #78, which is now going to print. The following issue should then appear in Summer, 2020.

Please consider volunteering, contributing and/or subscribing if you would like to see Anarchy magazine continue in a brand new series!

Unfortunately, we will be beginning from point zero again, so contributions and sustaining subscriptions are especially needed!

Checks can be made out to: 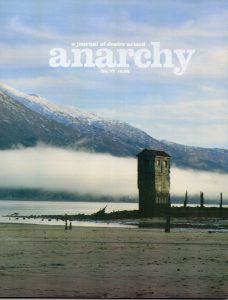 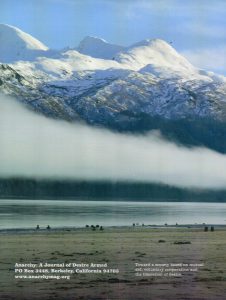 Editorial: On Social Democracy and Elections

Reinstating the State in Anarchist Critique by Uri Gordon

Having No Dog in the Fight: AK Press vs. Michael Schmidt by Lawrence Jarach

Why Are You Reading This Journal? 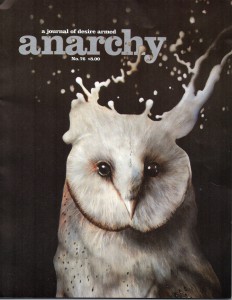 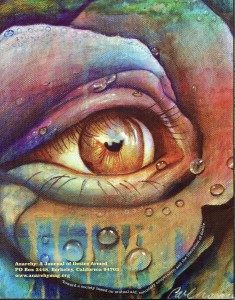 Have You Killed the Cop Inside Your head?